The data that executives need

In this era we now live in, we are all super saturated with data. Sometimes it can be difficult to try to parse the data and present ourselves with only relevant information to share? This can be especially true with upper management when presenting an effective executive briefing. Executives do not have much time to waste and it is important to make good use of it. They need to have relevant data delivered to them early in the day so that they can use it to the best of their abilities. It is, unfortunately, not terribly uncommon for executives to rely upon reports from several different individuals, either internal or external for their data. This will inherently run into redundancies and missed opportunities, nor is it an effective way to gather intelligence.

Executives need competitive intelligence in order to make the best decisions. Competitive intelligence is simply a global view of competitors, the marketplace, and the goals and practices of your own business. By having this holistic understanding of up to date events and occurrences, these executives have the understanding and knowledge to make the best decisions possible.

There are a number of ways that presenting quality data to executives is important and relevant for corporations and smaller businesses alike. Moreover, effective executive briefings are tremendously important for the overall health of a business if the business is in a growth mode or if they have competitors. The benefits can be far reaching across a myriad of industries.

It is also common for executives to attempt to collect their own data and relate those data to their competitors and their markets. While there is nothing inherently wrong with this, it can be cumbersome. For example, people become set in their ways and are often less likely to try a new or different source of information once they connect with something they trust or enjoy. With the constant influx of new data sources, it is now more relevant than ever to explore new and different sources. However, it is not so simple as there are so many different publications and areas of information these days.

Not all data are created equally. Finding the right ones to convey an idea can sometimes be difficult. Obviously, executives do not need to know about trivial or mundane details in the office. However, they do need to be aware of major changes within the corporation. Executives need to be adaptable and move quickly. By presenting quality information quickly, they will have the ability to do so.

Executive briefings exist so that executives can do their jobs most efficiently. If you are the one presenting the information to an executive, there are many things to keep in mind in order to present the best data possible. Briefings are often delivered one of two ways, in person or electronically. In person briefings are less common if important and time sensitive data need to be delivered immediately. More commonly, executives will have their data sent to them electronically by either an internal source or by an intelligence firm. In person briefings occur as part of a weekly, monthly, or quarterly report.

The goal of executive briefings is to supply timely relevant information to decision makers. The content can vary depending on industry and other conditions. However, there are some staples that would be relevant for practically all industries. First and foremost would be information about competitors. Competitive analysis can aid in making decisions by executives based upon several factors:

These data, conglomerated together, can act as a compass which points in the direction that a competitor is headed.

How to filter executive data

One pitfall that several businesses run into is to rely too heavily on AI generated or mass generated data. While not having enough data is certainly a concern, having too much data is equally problematic. The ideal solution is to incorporate human interaction in the filtration process. It is at this point that using an intelligence firm can be most beneficial. An experienced intelligence gatherer will be able to quickly and accurately categorize data into areas of importance. This allows more concise and relevant data to be presented to an executive. Imagine if all of the reports and data that an executive received on a daily basis were created in this fashion. He or she would have a tremendous amount of increased time to effectively make decisions that influence the company and the industry.

Top executives need to be able to understand sales. They need to know what products or services are being sold so that they can analyze their strengths and weaknesses. Having good intelligence will not only allow an executive to better visualize and understand his or her company’s sales, but understand the sales of the competitors as well. It is also a great tool to better understand internal management. If a particular department is underperforming the competition, it may be due to a lack of quality management.

Executives that have quality business intelligence can, in addition to increase sales, eliminate waste and reduce redundancies. Good intelligence can identify both positive areas within an organization along with areas of opportunity. Good intelligence may point to specific areas that may need attention, yet have gone unnoticed in large corporations. For example, internal intelligence can analyze cross channel spending to look for items that stand out as either irresponsible or unwise spending.

Aside from identifying areas of waste, executives can also find areas of opportunity for their own company. This is a great time to compare strengths and weaknesses against competition. Trends can be identified and executives can quickly respond to these changes.

Adaptation is tremendously important for executives and the only way to effectively be adaptable is to have all of the data before they are needed and be able to access them quickly and easily. Once a briefing has been prepared and you are ready to deliver it to the executive, it is equally important to have the data available in en electronic format as well as a backup. Some of the key points that are important when presenting executives with their briefings are:

In order to achieve these goals, a quality intelligence firm is normally the best method. Individuals simply do not have the time and the wherewithal to effectively accomplish them. An intelligence firm will have the proper resources to not only find all of the data, but they will also know how to separate the quality and important information from the superfluous and unneeded information.

Executives are sometimes caught in an almost impossible situation. They are the people in a business that need to have the most data and information in order to make the best decisions for their company at  a moment’s notice. However, they are also the subset of people with the least amount of time to devote to obtaining these pieces of information. Hence, there is the need for effective executive briefings. These briefings, which deliver competitive analysis, are some of the most relevant and important tools available for the executives. Therefore, presenting these briefings becomes a fantastically important task. Everything from the data collection process to the selecting of pertinent content becomes acutely important for the task.

It is at this point that selecting a great intelligence firm becomes crucial. A firm that has a track record of success, has good reviews, and has clients with similar needs or is in a similar field are all good signs. An intelligence firm that is lacking any of these qualifications may not be able to provide the best service and deliver the necessary product. There are many firms that use only a piece of software to aggregate the data that will be provided to a client for the executive briefings. These are the types of firms that may not be able to give your business a firm understanding of the competitive intelligence needed to become leaders and experts in the field. It is recommended to use a dynamic firm that is capable of changing quickly with the industry and will evolve with the business as it grows. 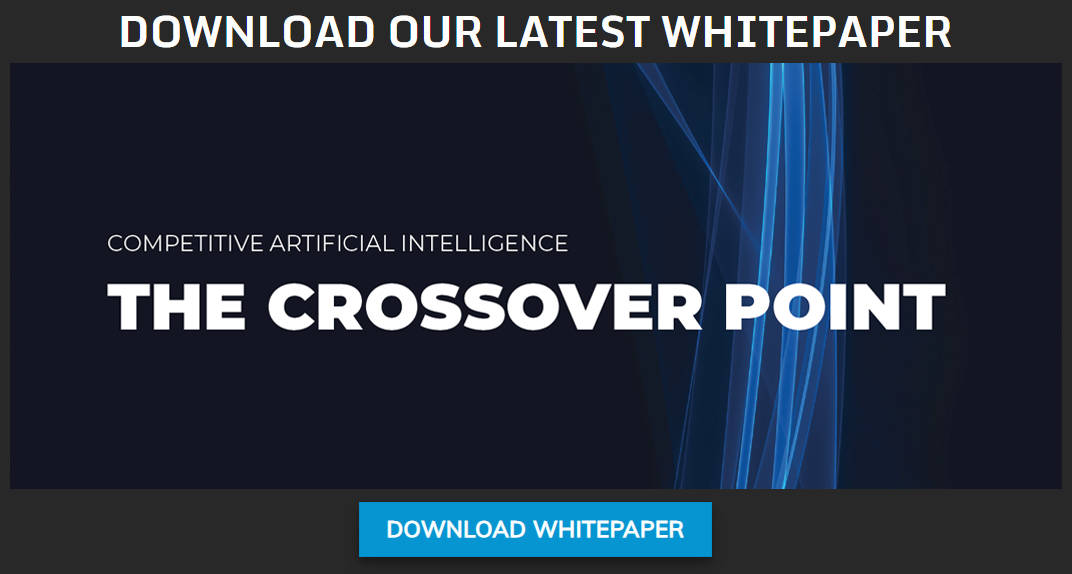